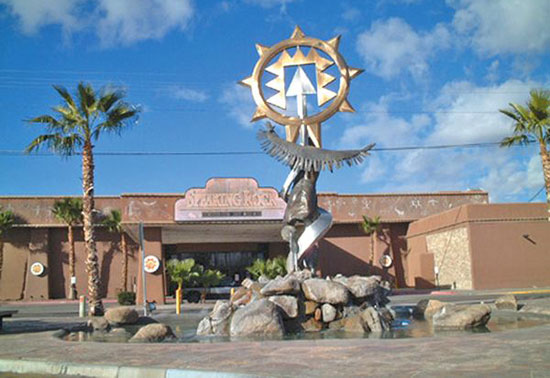 Speaking Rock Casino is located at the front of the old Ysleta Mission at Zaragoza and Alameda. The casino features Class II Indian gaming, live entertainment and concerts, a full-service restaurant and cafe, multiple bars, 50 large-screen TVs and self parking areas.

Speaking Rock Casino originally opened in 1993 but was closed in 2003 by the state. In 2015 it was determined in court and by the U.S. Interior Dept that Texas had violated the National Indian Gaming Regulatory Act of 1988 and Speaking Rock casino should be allowed to reopen with Class II gambling.

In 2016 the casino reopened as the Speaking Rock Entertainment Center.

A Supreme Court ruling in June 2022 restored the rignts of the Tigua Indians to operate Class II casino gaming at the Speaking Rock Casino. 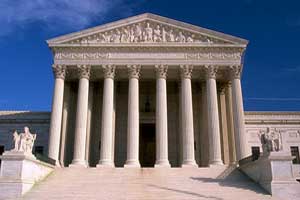 Texas Indian Gaming Wins in Supreme Court June 20, 2022 - The US Supreme Court handed a major victory last week supporting Indian gaming in Texas. In a 5-4 decision the court sided with the Alabama-Coushatta and Ysleta del Sur Pueblo tribes of Texas over the State ... Read more 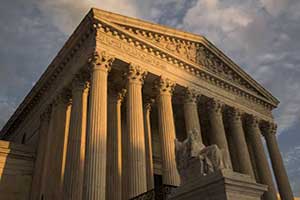 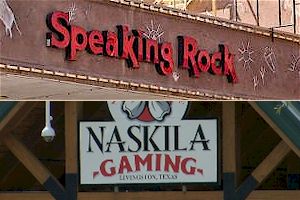 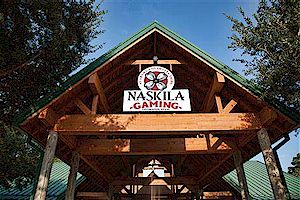 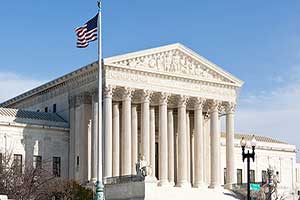 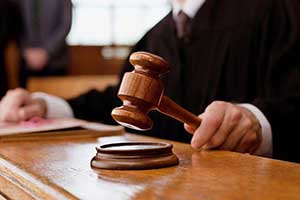 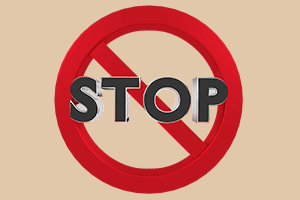 Since 1993 the Tigua Indians of the Ysleta del Sur Pueblo has fought the State of Texas for the right to operate a casino on tribal land. The tribe opened the Speaking Rock Casino in 1993 in El Paso, which operated until 2003 when it was shut down by the State of Texas.

The Tigua Indians believe they have a federal right to casino gambling on their reservation land. Casino gambling is authorized under the U.S. Indian Gaming Regulatory Act (IGRA) of 1988, but contested by Texas as a violation og the Texas Tribes Restoration Act of 1987.

In 2016 the tribe reopened the casino as the Speaking Rock Entertainment Center, a non-gambling, entertainment center. At the same time, the Tigua Indians continued its legal fight for casino gambling.

Texas and Texas tribes have fought over gambling rights for nearly 30 years. The Ysleta del Sur Pueblo, also referred to as Tigua Indians, own and operate Speaking Rock Entertainment in El Paso, TX. In 2019 a U.S. District Judge ruled that Speaking Rock Entertainment was violating Texas gambling laws. That ruling was upheld in 2020 by the 5th Circuit Court of Appeals, and the Tiguas appealed to the U.S. Supreme Court.

This week the Supreme Court issued a brief order for the U.S. Justice Department to weigh in on the case. The order simply says: "The Acting Solicitor General is invited to file a brief in this case expressing the views of the United States."

The Solicitor General works in the Justice Department represents the federal government's position in cases before the Supreme Court. The court order did not include a deadline for a brief, and it will likely extend the case by several months. In the meantime Speaking Rock Entertainment can continue operations during the appeal.

Speaking Rock has been operating video slot machines that play against other players instead of the house. This is defined as Class II Indian gaming by the federal government. The AG's injunction permanently prohibits this type of gaming at Speaking Rock.

Traditional live bingo games are restricted to a maximum of 4-hour sessions, twice a day, three nights a week.

This injunction issued by Attorney General Ken Paxton is the latest in a 20-year battle between the state and Tigua Indians of the Ysleta del Sur Pueblo.

The future of Speaking Rock Casino is in jeopardy after losing a major court case against the State of Texas in the U.S. District Court of El Paso.

The State sued the Tigua Indian Tribein an attempt to shut down the Speaking Rock Casino. The State claimed the gaming violated state laws. U.S. District Judge Philip Martinez agreed will issue an injunction next month against further gaming at Speaking Rock.

The Kickapoo Tribe operates the Lucky Eagle Casino in Eagle Pass, Texas under the Federal Indian Gaming and Regulatory Act. The Tiguas Tribe claims they operate the Speaking Rock Casino under the same authority.

Texas disagrees and says the Tigua are instead regulated by the 1987 Federal Restoration Act. Tribes under that law cannot operate tribal gaming unless those games are allowed by state law.

The court is cognizant that an injunction will have a substantial impact on the pueblo community. Accordingly, the court joins the refrain of judges who have urged the tribes bound by the Restoration Act to petition Congress to modify or replace the Restoration Act if they would like to conduct gaming on the reservation," Judge Martinez wrote.

Democratic Rep. Norma Chavez is sponsoring a bill in this Legislative session that would provide a defense to prosecution for Texas Indian casinos run by the Tiguas and the Alabama-Coushatta tribe of Livingston.

The bill HB 1308 is currently moving through the Texas House.

"The defense to prosecution bill is moving forward with the complete recognition from me and the tribe that Gov. Perry will most likely veto it. We believe that the only option we're going to have this session is to take a bill directly to the voters," said Chavez.

Therefore a new, more focused strategy is centered on language to amend the state constitution and authorize gambling in Texas. The language would clarify that Texas law "does not prohibit [federally recognized tribes] from conducting gaming on land in this state that is held in trust or recognized as tribal land by the United States… Such tribes or tribal organizations are authorized to conduct gaming on such lands."

If successful, a constitutional amendment could be put to voters this November.

"We had a very productive meeting regarding gaming language for any constitutional amendment or enabling legislation that will include the Ysleta del sur Pueblo, Alabama Coushatta and the already gaming Kickapoo.

The three tribes met in (Licensing Committee) Chairman (Ed) Kuempel's office and the Chairman directed us to come up with agreed upon language.

After having two meetings on Tuesday, we were able to come to a consensus," said Chavez.

The new language agreed upon at a meeting is designed as an article that could be slid into any omnibus bill.

LIVINGSTON, TX - The Alabama-Coushatta and Tigua tribes hope to reopen their casinos, which were closed in 2002 by court orders sought by then-Attorney General John Cornyn. The Tiguas had been operating their Speaking Rock casino for nine years, producing $60 million annually for housing, health care and education for their 1,600 tribal members. The Alabama-Coushatta had been operating its casino for only nine months, generating $1 million per month for their 1,100 tribal members.

The only tribe in Texas that is currently operating a casino is the Kickapoo in Eagle Pass. They own and operate the Lucky Eagle Casino under authorization by the federal government and the Indian Gaming Regulatory Act.

The Alabama-Coushatta and Tigua tribes will be seeking Texas legislation in 2009 to reopen their casinos.

"In the end we'll be successful. It's just not easy," said tribal council chairman Carlos Bullock. He is working with the Tigua tribe of El Paso to get an Indian casino bill introduced and passed when lawmakers convene in January.

"We are lining up our ducks," said Carlos Hisa, lieutenant governor for the Tigua tribe. "We are considering everything."
Both tribes have hired prominent consultants and lobbyists in Austin, and they know there will be strong opposition from Baptist and social conservative activists

Tiguas dispute court's ruling to shut down slots and sweepstakes

State District Judge Harry Hudspeth ruled that the tribe is violating a 2001 order to cease gambling operations by offering gift cards as prizes and ordered a fine of $500 per day until it stopped.

However, Paiz said Friday they stopped using the gift cards last year. "As of July 2008, the tribe has not operated these types of machines nor issued credit cards as prizes."

Paiz read from a statement in response to the ruling. "The counsel, through our legal team, has submitted a report to Judge Hudspeth and the attorney general on the steps we have taken to demonstrate to the court the operation of Speaking Rock center is in full compliance with us, with this order. The tribal council believes the sweepstakes operation taking place on tribal land is legal under state laws and previous court rulings."

Paiz said documentation of proof is being drafted and will be submitted to Judge Hudspeth.

08.10.2008 Tiguas dispute court's ruling to shut down slots and sweepstakes