There are 134 First Nations in Ontario. Each is contempating and preparing for the impact of marijuana legalization on their communities.

Ontario passed their Cannabis Act on Dec 14, 2017. It becomes effective July 1, 2018. The Act establishes the Ontario Cannabis Retail Corporation as a subsidiary of the Liquor Control Board of Ontario. The corporation will be the sole retail outlet for marijuana sales in Ontario.
[Source: https://www.thestar.com/news/queenspark/2017/12/12/ontario-passes-cannabis-act-will-take-effect-july-1-2018.html]

The key features of the Ontario Cannabis Act are the following: 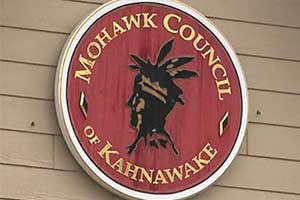 Mohawk territory has large number of new marijuana dispensary startups May 27, 2018 - The Tyendinaga Mohawk have opened 42 marijuana shops across Mohawk territory. They believe they can operate any type of cannabis business within their territory. ... Read more

Plans to grow a special strain of medical marijuana were announced in November 2015 by the Wahgoshig First Nation. The First Nation would partner with DelShen Therapeutics to change from a forestry operation to an $18 million grow facility. The Wahgoshig had contributed $2 million of the amount. Up to 100 jobs would be created by the project. Currently they are awaiting approval for the production license

Just east of Belleville, there is a marijuana store owned by the Tyendinaga Mohawk that is open 24 hours daily. The store is named Pot Shoppe. There have been 42 of these stores that have opened on their land. About half of those opened last December.

The size of the stores are as different as the type of marijuana they sell. Some are small cabins and trailers. Others are larger buildings.

Advertisement for different marijuana brands are seen as often as the cigarette ads.

Tobacco sales are heavily regulated. There are agreements that have been made over the amount of tobacco to be sold by the government and the band. The government is trying to install a regulation over the cannabis industry on the reservation lands. However, there is conflict because the bands do not believe that the government has a right the regulate them. The bands want the recognition of their sovereignty.

The bands intend to protect their rights to their cannabis industry even more than their tobacco and gas industries.

There have been threats of government raids on the stores and the farms where cannabis is grown. However, the bands continue believing that under the law they are allowed to develop any kind of business they want as long as it is on indigenous land.